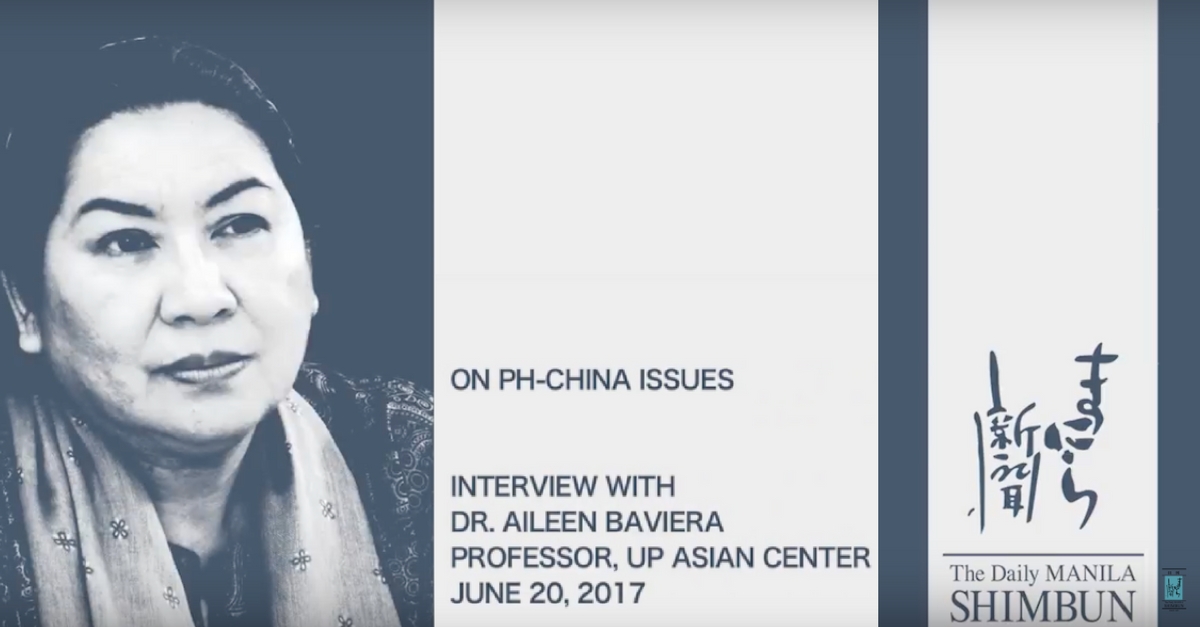 In an interview July 2017 with Daily Shimbun, Professor Aileen Baviera, PhD remarked that the Philippines must build stronger institutional capacity to deal with territorial disputes by investing in a stronger navy and clarifying the mandates for law enforcement, among others.

The interview covers salient issues about the Philippines’ foreign policy direction in the region, including its relationship with ASEAN and China, the difference in approaches towards the maritime disputes of the Aquino and the Duterte administrations, the ASEAN-China Code of Conduct, and the Philippines’ pursuit of an independent foreign policy.

As for the Philippines, the country must think long-term, i.e. beyond the current administration, if it wants to truly accomplish a more independent foreign policy. On relations with China, Dr. Baviera emphasized laying “very strong foundations so that our institutional capacity to deal with maritime disputes in general will be stronger at the end of the Duterte administration.”