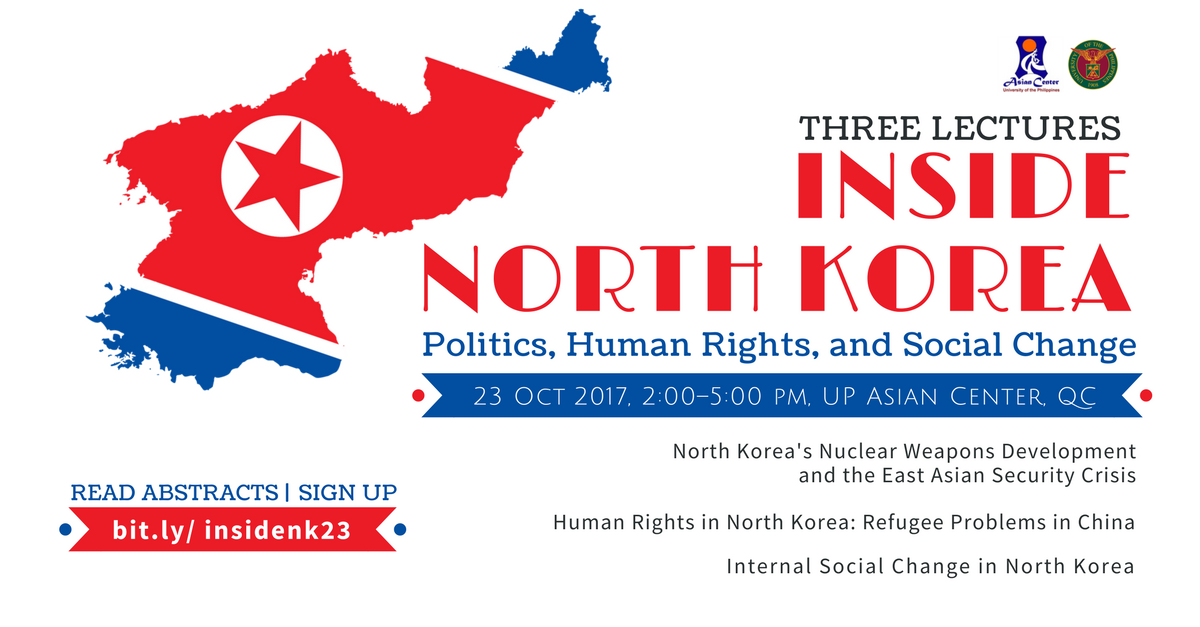 The UP Asian Center will be hosting three lectures themed Inside North Korea: Politics, Human Rights and Social Change on 23 October 2017, 2:00 pm to 5:00 pm, Seminar Room, UP Asian Center, QC. The lectures are free and open to the public, but seating is first-come, first-served; participants are encouraged to sign up.

North Korea established itself as a centrally planned economy. However, after the collapse of the socialist bloc, the state has become virtually a market economy following the Chinese model. However, But North Korea still controls the market economy, and is afraid of opening it to the outside world. The North Korean regime feels that doing so will make the political system unstable. This lecture will discuss the relationship between the government's market economy control and the private market economy. We will also talk about the government's external media control and the actual reality of the people's external media viewing. Despite the North Korean authorities' control, marketization and inflow of external information are changing North Koreans. Finally, it is said that the demand for democratization in North Korea is an important power to change the system and regime of North Korea.

Woori Hana considers itself to be the ‘Voice of North Korea’ and is a volunteer-led organization that provides leadership and English training programs for young North Korean refugees living in South Korea.