In June 2010, Benjamin Bayles was killed in Negros Island in a setup which is typical of extrajudicial killings (EJKs). However, this case differs from others. The police apprehended the suspects who now face trial; and the military background of the accused was established. Sin Dudas takes different perspectives on the backdrops of extra‑legal, but yet state violence. The documentary, “Sin Dudas” (Walang Alinlangan) draws on extensive interviews with victims, witnesses, human rights defenders, politicians, media people, the police and key persons in various government agencies. 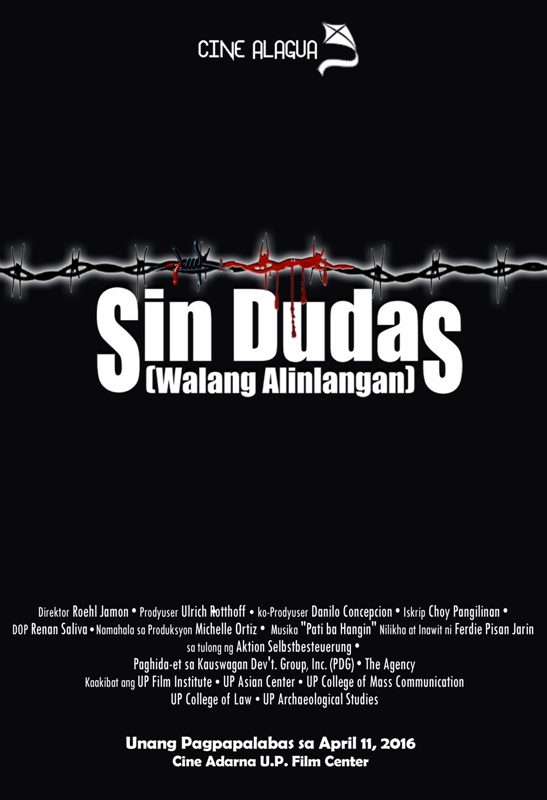 About the Production Staff

Tickets may be purchased at the UP Asian Center or at the UP Film Institute at PhP 100 each. At the UP Asian Center, please look for Louise Sanchez, Room 105, Administration Office, Hall of Wisdom, GT-Toyota Asian Cultural Center, Asian Center, University of the Philippines Diliman. For further, ticket-related inquiries, please contact Ms. Sanchez at 981.8500 local 3580.

For inquiries, please contact Dr. Ulrich Rotthoff at This email address is being protected from spambots. You need JavaScript enabled to view it..