Professor Aurora Roxas-Lim, Former Dean of the UP Asian Center, Passes Away at 84 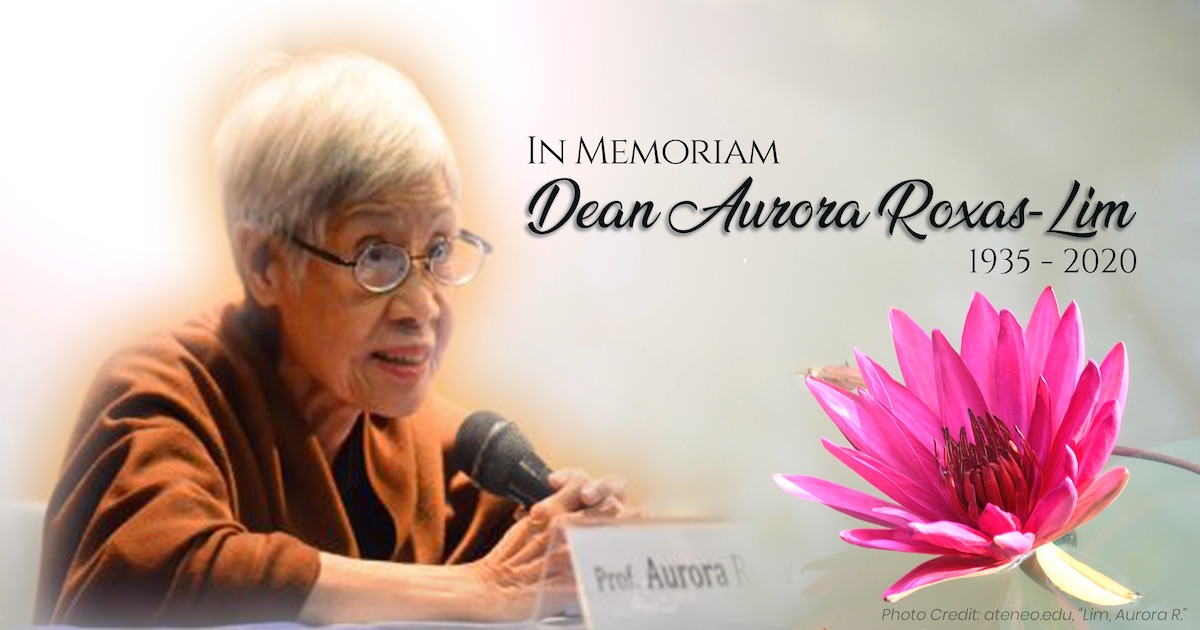 Professor Aurora Roxas-Lim, former dean of the Asian Center, University of the Philippines Diliman, passed away on 16 November 2020. She was 84.

A literature major and art historian by training, Professor Roxas-Lim, or Roxy, as colleagues knew her, wrote much on Southeast Asian art, history, culture, religion, and maritime societies. Her writings span six decades, and cover an impressive breadth, from art and cultural exchange to Philippine history and Chinese Studies. These include: 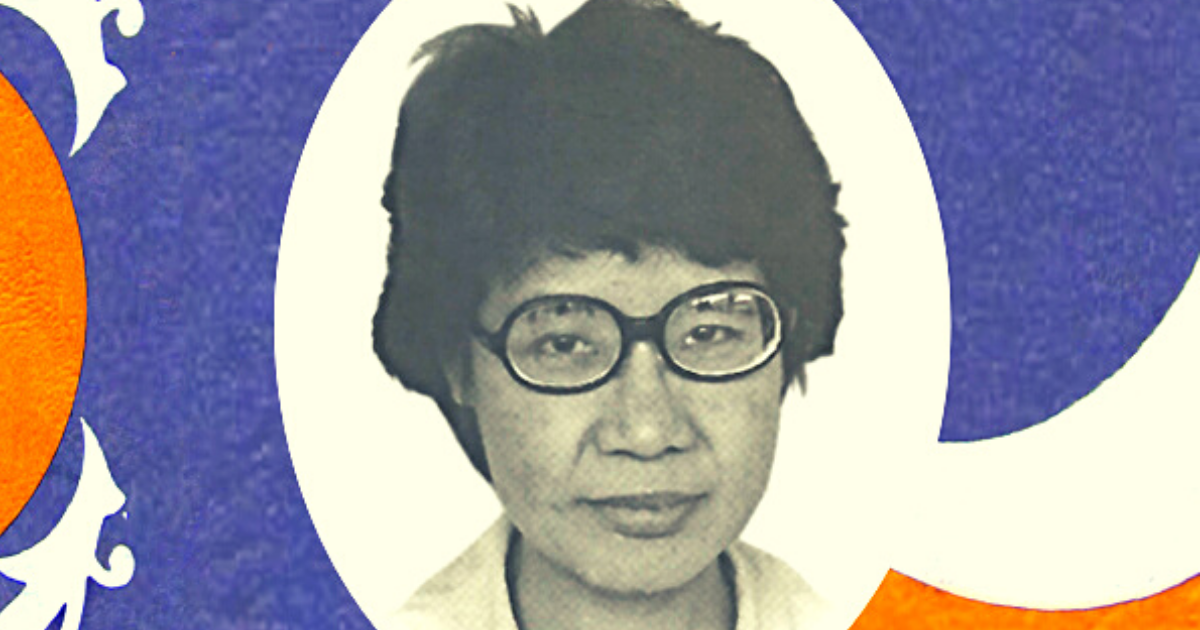 Professor Lim was “one of the earliest faculty members recruited” into the Institute of Asian Studies—which was established in the University in 1955 and which later became the UP Asian Center. In such a capacity, she belonged to the first-generation of area studies practitioners in the Philippines. Her 1997 essay—written a few years before she retired from university service—is only one of several essays that have aimed to define theorize the field in late-20th-century Philippines.  Drawing on thirty-years of teaching at the UP Asian Center, she writes that area studies seeks:

To train experts and other specialists who possess in-depth knowledge and understanding of the peoples, languages, cultures, history, social, economic and political institutions and processes, etc. of a country, region or area of specialization, and who will undertake sustained research on them, so that they will be consistently prepared to respond to issues and problems that may arise in our relations with these countries, regions or areas; (2) To promote better understanding and friendship with the people of the country, region or area of one's specialization in order to help create a congenial climate of opinion for our nation; (3) To enable us to have mutually beneficial economic, political, cultural and people-to-people relations with that country, region or area……

….An Area Studies program which seeks to understand societies, and peoples, as well as their history, traditions, languages and literature, rather than their political and economic affairs alone, can help in this direction. By enabling one to gain an insight of other peoples and societies, Area Studies can develop one's ability to compare different peoples and cultures. At the same time, it can provide the impetus for reexamining one's own culture.

In turn, the insights gained from such effort can serve as an important corrective not only to various forms of chauvinism, prejudice and discrimination, but to the cynical manipulation of people whether for political, religious or pecuniary ends, as what occurred during the Cold War.

In the early 1970s, Professor Roxas-Lim was already Assistant Professor of Oriental Arts at the Asian Center. She contributed to an understanding of Ifugao Art amidst the modernization of the Philippine society. For her article, “Art in Ifugao Society,” she conducted field work in 1966, and her research provided “instructive” results. Delfin Tolentino writes that her study:

introduces an important theme: that in the mid-60s the Ifugao already knew that they were no longer confined to a social formation defined exclusively by the agricultural cycle and its accompanying social practices—like the world outside, their society had changed, and they must contend with its new requirements. Thus, the making of objects not associated with agrarian life signifies not only a new sphere of production but also a new way of re-shaping their identity as stipulated by new conditions within and without.

Professor Roxas-Lim was Curator of the U.P. Vargas Museum from 1988 to 1994, and Deputy Director of the Special Project in Archeology and Fine Arts (SPAFA) of the Southeast Asia Ministries of Education (SEAMEO) from 1985 to 1986. She later served as Dean of the UP Asian Center from 1994 to 1997, and retired from the University of the Philippines by 2000.

In many ways, her book, Southeast Asian Art and Culture: Ideas, Forms, and Societies represents the culmination of a lifelong dedication to the field. It was published in 2005 by the ASEAN Committee on Culture and Information.

The diverse cultures of Brunei Darussalam, Cambodia, Indonesia, Lao PDR, Malaysia, Myanmar, Philippines, Singapore, Thailand and Vietnam, the ten countries of the ASEAN region, evolved basic artistic forms and expressions that closely interface with their history, society and religion. This publication is the result of discussions and exchanges among representative scholars of the ASEAN countries on presenting Southeast Asian art and culture from a contextual Asian perspective. It shows art and culture across Southeast Asia drawing from similar and yet locally distinct mythical and religious beliefs, cultural traditions, cycles of migrations, trade and political change

Even after her retirement from the University of the Philippines, Professor Roxas-Lim continued to be active in the academe, writing articles and essays, taking part of conferences, and lecturing on Chinese Studies at the Ateneo de Manila University, where she handled courses on Science an Technology in China and Chinese Art and Society. She served as President of the Philippine Association for Chinese Studies from 2001 to 2006.

Just a few months ago, she penned two essays, “US concerned with China-Europe advanced quantum research” for the Manila Times and “COVID-19 Pandemic: Lessons Learned—Analysis” for the Eurasia Review. In October 2018, she gave a lecture, “Ancient Balanghai: A Story of Filipino Seamanship and Maritime Trade” at the 4th National Forum on Philippine Maritime Heritage. And among her last public presentations was a lecture, “Filipino Seamanship and Maritime Trade and Culture,” as part of a webinar, “The Balangay through the Lens of Philippine Maritime History and Boat Culture,” where she:

focused on movements by sea and stated that the Austronesian peoples, including those in the Philippines, were expert boat builders and navigators who ventured across the oceans including to China and thus, established trade routes. The long Filipino tradition of seafaring only ceased after colonizers disrupted inter-island trade and fostered religious hostility.