Check out these free PDFs on Asian history, culture, and politics from the University of California Press 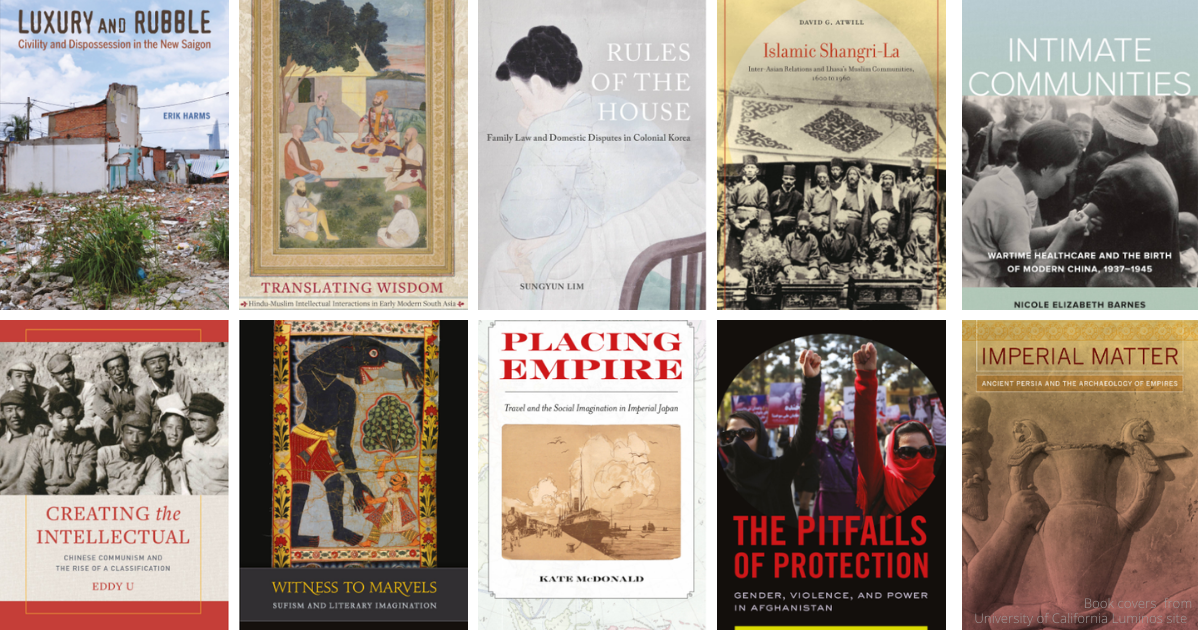 The University of California Press is offering free access to many of its monographs under the Luminos Open Access publishing program. Below are several titles that focus on the politics, history, culture and religion of Northeast Asia, Southeast Asia, South Asia and West Asia.

The monographs are downloaded as PDFs under Creative Commons license.

Creating the Intellectual: Chinese Communism and the Rise of a Classification by Eddy U

Rules of the House: Family Law and Domestic Disputes in Colonial Korea by Sungyun Lim

Placing Empire: Travel and the Social Imagination in Imperial Japan by Kate McDonald

The Clarion of Syria: A Patriot’s Call against the Civil War of 1860 by Butrus Al-Bustani

Finding Jerusalem: Archaeology between Science and Ideology by Katharina Galor

Imperial Matter: Ancient Persia and the Archaeology of Empires by Lori Khatchadourian

The Persianate World: The Frontiers of a Eurasian Lingua Franca by Nile Green (ed.)

The Pitfalls of Protection: Gender, Violence, and Power in Afghanistan by Torunn Wimpelmann

The Hegemony of Heritage: Ritual and the Record in Stone by Deborah L. Stein

Luxury and Rubble: Civility and Dispossession in the New Saigon by Erik Harms

A Vietnamese Moses: Philiphê Bình and the Geographies of Early Modern Catholicism by George E. Dutton

The University of California Press, through its Luminos Open Access program, aims to “increase visibility and impact of scholarly work” by offering free and accessibly digital formats of monographs. View the complete list of free resources.