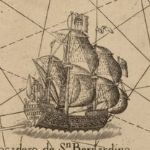 Please take time to go through these reminders to help ensure a smooth webinar experience for everyone. These may all be subject to change, so please check back regularly,  by 17 March,  and even during the conference, for updates here and/or via email.

**The conference secretariat will notify presenters if and when they should expect the Join link, and receive additional instructions. As with the audience, signing in to a Zoom account is required for panelists.

Please consult the Q&A tab to read how the Q&A will proceed.

Presenters must log in at least 30 minutes before their panel, though they may of course attend the other sessions. This early start can help you get settled and address any technical issue.

Sometime before the conference, please log in to the Zoom website, go to Profile, and click "Edit" to rename yourself thus: P1 Amy Peralta. P1 means Panel 1, and so on. This will help the conference team to identify you more easily and anytime during the webinar.

The moderators/ emcees will introduce each panelist before playing the recording of his/her presentation.

We will use the Zoom chat feature as much as possible to send messages to all presenters, so kindly monitor the chat window as often as you can. However, the Chat window can sometimes get too crowded, and it may be difficult to backread.

Thus, please always be on the lookout for email announcements (to be sent to your Zoom email address). Also, you may also wish contact us via Facebook Messenger (https://www.facebook.com/upasiancenter) or via Google Hangout (This email address is being protected from spambots. You need JavaScript enabled to view it.) or just email the conference secretariat.

Recording of the Webinar

The entire conference will be recorded. 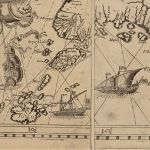 REMINDERS for the AUDIENCE

Please take time to go through these reminders to help ensure a smooth webinar experience for everyone. These may all be subject to change, so please check back regularly,  by 17 March,  and even during the conference, for updates here and/or via email.

The entire conference will be recorded. 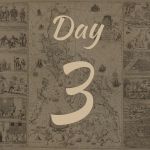 Click/unclick on the tabs to view/close the content. Multiple tabs can be open at the same time.
Click on the titles to pop up the abstracts. View PDF of Program and Book of Abstracts.

Revisiting the Boxer Codex: How the Filipino “Indio” within Early Modern Colonial Encounters Uncovers the Construction of the Filipino Identity
Jessica Nicole R. Manuel, University of the Philippines Diliman • Watch on YouTube

The Mingling of Asian and European Art Traditions in the Boxer Codex Illustrations
Clio Kimberly R. Tantoco, University of the Philippines Diliman • Watch on YouTube

An Orosipon ni Ina: A Case for the Syncretic Origin of the Peñafrancia Festival in Bicol, Philippines
Al B. Rodriguez, Asian Center, UP Diliman

A Local View from Northeastern Taiwan to Understand Intercultural Encounters between Europe and Asia and their Indirect Effects
Li-Ying Wang, University of Washington

In recent decades, a rich body of scholarship has demonstrated that Manila was more than just a trans-shipment port. Studies on far-reaching intra-Asian, Austronesian, and trans-Pacific connections have posed a challenge to narratives of both galleon-centricity and irrational colonial governance. Yet, there continues to exist an overemphasis on actors and processes reaching the Philippines from abroad, while both indigenous agency and colonial policies are rendered secondary to the course of events. However, from the sixteenth century onwards, a long list of ‘connectors’ including among many others ‘mestizo de sangley’-interpreters, provincial parish priests, colonial officials, indigenous chiefs, localized foreign residents, indigenous allies, beatas, and Spanish women, were at the heart of local and global projects. Zooming in on such local agents opens up new vistas for a nuanced global history of a connected archipelago.